Attention mathematicians and computer scientists: I’ve got a problem for you, and I don’t know the solution.

Here’s the setup: You’re at your friend’s place and you need to take a shower. The shower knob is unlabeled. One direction is hot and the other direction is cold, and you don’t know which is which. 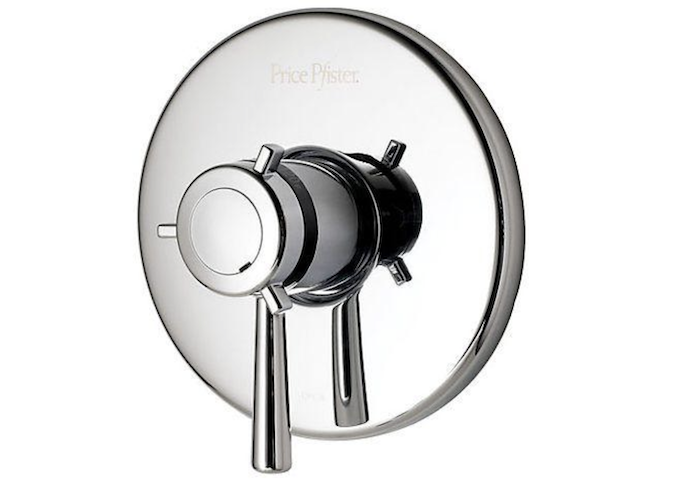 You turn it to the left. It’s cold. You wait.

At what point do you switch over to the right?

Figure 1. Unbeknownst to the user, the hot water direction is to the left, with a time constant τ of 100 seconds. The user knows the probability distribution over τ, and follows a strategy of eliminating segments of that distribution. They initially guess the correct direction, but give up too soon at 75 seconds. They then spend another 75 seconds on the rightwards direction. Finally, they return to the left direction, passing through the 75 seconds they had already eliminated, and then finally getting the hot water after 100 seconds on the left direction. In all, it takes the user 250 seconds to find the hot water.

But how do you turn that into a policy for exploring the space? Does anybody know?

If you would like to submit a proposal, please report your average duration for the sample of 20,000 \(\tau\)’s provided here.

On February 9, 2020, Cameron Davidson-Pilon took an early lead, with an average duration of 111.4 seconds.

On June 22, 2021, Allen Downey took the lead with an average time of 102 seconds, pending verification.

The baseline shower problem assumes a simplified version of reality, where the shower is memoryless and there is only a single pipe. If you want a harder problem, I have written a comment below that describes some of the plumbing realities, including lag and the existence of separate hot and cold pipes. The comment explores the tantalizing possibility that we’ve all been fiddling with our showers wrong this whole time. Instead of swinging the knob between one extreme and the other, what if the optimal solution is to start by putting the knob in the middle? To read more, see the comment below.